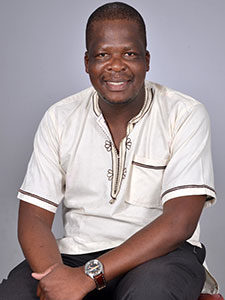 Sabelo J. Ndlovu-Gatsheni is founder and coordinator of the Africa Decolonial Research Network (ADERN) at the University of South Africa (UNISA), which was formed in 2011. ADERN was established as network of academics working on decolonial theory and Africa-centred research.

Ndlovu-Gatsheni explains the background: “At UNISA just like in other universities located on the African continent (University in Africa rather than African Universities), we were accustomed to consume academic material from the West. There was little awareness of rich local African scholarship and African knowledge production. I found that we needed to shift the geography of knowledge as well as the biography of knowledge. So the first thing we needed to do was to establish who the decolonial thinkers are in Africa, and establish what their contributions have been and still are.”

Initially, ADERN was a small group of researchers from different departments such as Development Studies (where I was based), Political Science, Philosophy, Communication Science, and Criminology at UNISA and also from other universities. In 2012 myself and some few members went to the International Barcelona Summer School on Decolonizing Knowledge and Power organized by Ramon Grosfoguel. The following year (2013), Professor Rosemary Moeketsi (Executive Dean of the College of Human Sciences at UNISA) also came to Barcelona and she found the Summer School initiative so educative and important that she championed the idea of an Annual Decolonial Summer School in UNISA that would enable more South African scholars and students as well as others from the African continent to undergo training in decoloniality.  The first Decolonial Summer School was organized in 2014 in Pretoria and it has continued since then.

At the research and training level, we at ADERN took concrete steps to directly produce Africa-centred knowledge, training Masters and Doctoral students in decolonial knowledge and producing books and articles.

Our achievements include training, supervision and mentorship of the following colleagues in decolonial studies:

These are just a few highlights of the training, supervision and mentorship under ADERN.

The second area of achievement is in publications. We have produced the following works:

The members of ADERN have also been active in publishing journal articles, book chapters and presenting papers on decolonization/decoloniality.

The discussion on decolonial theory should be looked at from a broader perspective: the decline of Marxism in Africa as a narrative of liberation. Ndlovu-Gatsheni: “Marxists dismissed the issue of race just like they dismissed the question of ethnicity as forms of false consciousness. That race was part of structural constitutive part of colonialism elided them. When the Soviet Union collapsed, their narrative was pushed to the background. The 1990s witnessed the mushrooming of postcolonial theories, but decolonial theories which are traceable to the very colonial encounters have been refusing to be totally displaced. No wonder why they have returned to the academy today as part of resisting coloniality. Race was not in the past. It was in the present. The decolonial intervention brought back issues such as knowledge, epistemology, question of humanism, organization of people in racial hierarchies and the invention of colonialism. The idea that knowledge has been colonized transformed us from consumers of knowledge to critics of Eurocentric knowledge.”

A big impetus for the decolonial movement in South Africa came from the student protest movement under the banner of Rhodes Must Fall. It brought together all these questions into the whole idea of decolonizing the university and fighting the dominance of western knowledge, the commodification of knowledge and the access of higher education for all. The movement gained global resonance. Ndlovu-Gatsheni: “The students question the need to study dead European men instead of the our own living thinkers and the need to decolonize the curriculum. That is the reason we decided to organize an international conference in August 2016 on decolonizing the curriculum. We are dealing with a wide variety of topics including decolonising patriarchy, the curriculum and pedagogy, the institutional structures, systems and cultures etc.’’

This year from 17-18 August 2016, ADERN in collaboration with the College of Human Sciences are organizing and hosting an International Conference: Decolonizing the University and our call for papers elicited over 150 abstract submissions.

ADERN is a network of those concerned with coloniality as a global power structure that inhibits human liberation. The network is not institutionalised because that that always brings coloniality into decoloniality because the institutions carry coloniality. We are happy to remain an open network that is transnational and transcontinental. What we concentrate on is to produce tangible results. At ADERN we push forward scholarship, activism and theory-building simultaneously. We wish to thank UNISA for supporting our work and seeing value in it.

The network has a list server to facilitate the communication between its members.