Decolonial International Network (DIN) is organized per country. Members are organizations and institutions that work on decolonizing society on different levels, such as knowledge production and distribution, advocacy and activism.

DIN stimulates organization in a country to join forces with other organizations and institutions in their country, share ideas and experiences, develop relations, built join projects and campaigns and create a space and atmosphere of sisterhood and brotherhood.

If your organization of institution wants to join DIN, send an email to DIN coordinator Sandew Hira: sandew.hira@iisr.nl. Hira will start the conversation on how to develop relations with other members of DIN.

Bruxelles Panthères fights against all forms of imperial domination, colonial and Zionist who founded the white supremacist internationally. We are working to build the political community of all those and all those who refuse the concealment of domination and oppression inscribed in the history and state institutions of Western countries. We affirm that no future is possible if we are not inspired by past and current resistance.

We must teach the objective of history so that new generations do not reproduce past crimes. Learning from the past to build a better future.

Our main objective is to converge within the same racist and decolonial dynamic, all resistance areas that will give the inhabitants of the popular districts of Brussels.

“The panther was chosen as a symbol because it is a black and beautiful animal that does not attack but denies ferociously.” Black-Panther Liberation School, December 20 1969, San Fransico, California

The Parti des Indigènes de la République (Party of the Indigenous of the Republic) was constituted at the PIR-Congress Malcolm X, that was held on 27 and 28 February 2010 in Paris France.

The PIR is a space of autonomous organization of all those who want to engage in the fight against racial inequalities that confine blacks, Arabs and Muslims to a status similar to that of the natives in the former colonies: political marginalization, stigma of our cultures and religions (including the media), police brutality, racial profiling, discrimination in employment, housing, school, repressive immigration and neighbourhood residents, etc. More generally, the PIR fight against all forms of imperial domination, colonial and Zionist who founded the white supremacist internationally.

This is how they honour their immigrant parents and our ancestors colonized or deportees who have fought so hard for their release. 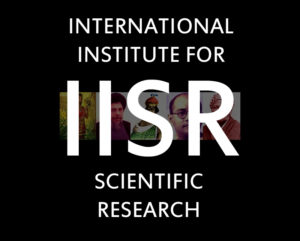 The International Institute for Scientific Research (IISR) in The Hague, Holland, is an institute that is devoted to exploring the colonizing and decolonizing of the mind.

IISr publishes a newsletter, organizes conferences, workshops and seminars. IISR has an arrangement with Amrit Publishers to publish a series titled Decolonizing The Mind edited by Sandew Hira (director of IISR) and Stephen Small (professor of the University of California Berkeley).

Spain: Center of Study and Investigation for Decolonial Dialogues

The Islamic Human Rights Commission (IHRC) was set up in 1997. IHRC is an independent, not-for-profit, campaign, research and advocacy organization based in London, UK. She have consultative status with the United Nations Economic and Social Council.

IHRC work with different organizations from Muslim and non-Muslim backgrounds, to campaign for justice for all peoples regardless of their racial, confessional or political background.

The research work of IHRC includes submitting reports to governments and international organizations, writing articles, monitoring the media, cataloguing war crimes and producing research papers on hate crime, discrimination, the nature of human rights and so on.

Her work at the UN brings together different aspects from all of IHRC’s work.

Her advocacy involves referring and taking on discrimination cases and cases that she can offer real assistance on.