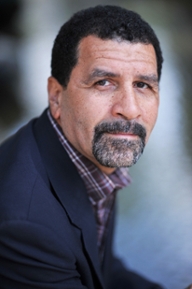 Stephen Small: “The fundamental assumptions underlying the politics of race and immigration in Europe – with regard to Black people in particular and other people of color in general – are wrong”

Stephen Small, Associate Professor of African American Studies at the University of California, Berkeley, is currently finished a research project on Black Europe. The results will be published in the book series Decolonizing The Mind, titled 20 Questions and Answers on Black Europe. He describes the content of the book which is due to appear in December 2016.

The current hostility towards Black people in Europe – which is one element of the hostility towards Muslims and other immigrants in Europe – is one of the legacies of slavery and colonialism. This hostility makes sense only to the colonized mind. It is another example of the ways in which the colonized mind operates across Europe today.  European nations exploited the lands, labor and ideas of the rest of the world. Slavery and colonialism based on racism were the foundations of this exploitation. But since the rebellions during slavery, and the successes of anti-colonial struggles for national independence, colonizing the mind remains a central feature of western knowledge production and dissemination.

This book argues that the fundamental assumptions underlying the politics of race and immigration in Europe – with regard to Black people in particular and other people of color in general – are wrong.  The dominant discourse highlights immigration, adaptation, tolerance (by non-Blacks) and gratitude (by Black people) as the essential foundations of discussion.  Instead this book argues that a far more accurate understanding can be developed from a discourse of citizenship, racism, equality and rights. This approach insists that there is no Europe without Black people, and that Black people are here in Europe only because Europeans were there in Africa and the Americas.

This book focuses on twelve nations in Western Europe – Belgium, France, Netherlands, Portugal and United Kingdom; Germany, Spain and Italy; and Denmark, Norway, Sweden and the Republic of Ireland. These nations at the heart of Black Europe.  They are the nations where more than 80% of Black people currently live; they are the nations that were the most deeply involved in the brutality, violence and exploitation of slavery, colonialism and imperialism; and that nations that benefited the most from this exploitation; these nations have the most entrenched and pervasive legacy of colonialism at the present time.  They are the richest and most populated nations in Europe; they have the most powerful political, economic and ideological influence on the rest of Europe, and the world. They are the nations where the future of Black Europe (and Black European Studies) will be most centered.  And they are the nations where Black people must be most active in political action, social mobilization, knowledge production and dissemination, if we are to prevent continued marginalization, to make sure that our priorities are addressed and to ensure that action is taken to achieve them.

I believe that DTM can make a major contribution to knowledge production about Black Europe. It does so by revealing the colonialist bias in the existing literature, and developing a more critical conceptual and theoretical framework.  Working from a DTM perspective I highlight and challenge the partiality of existing academic knowledge of Black Europe; I draw on non-academic sources of knowledge – by independent scholars, activists and community organizations; I highlight gender, intersectionality and the experiences of Black women; and I use new language and terminology.  In particular, I draw upon the voices (and visions) of Black people, and others that have produced knowledge, both inside and outside the academy.

This book is scheduled to be published in December, 2016.

Stephen Small, Ph.D.  is Associate Professor of African American Studies at the university of California, Berkeley.