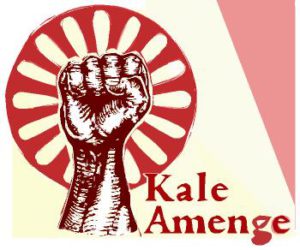 Over 600 years of persecution, systematic oppression, social control and attempts at genocide and epistemicide in Europe have given rise to a system of anti-gypsy domination constitutive of the civilizing project of Western Modernity. Despite this, up to now, Roma issues in the European nation-states have been created and problematized in two fundamental ways. On the one hand, Roma communities have been treated as a social policy problem, on the other, they have been managed as a matter of identity politics. However, none of the social policies – articulated on the basis of the colonial logics of integration and assistance – have significantly improved the existential conditions of the Roma community, nor the problematic and uncritical so called to defend “Our culture” has contributed to the political mobilization and transformation of a State racism.

The politics of identity are, in fact, an effective way of assimilating the questions of the so-called moral anti-racism. This dynamic consists in adding subjects that represent “diverse” identities with an intellectually related profile. Such subjects are epistemically decentered from their status as racialized and are thought unconsciously through the liberation narratives of the white left, so they construct their projects of emancipation centered epistemically, politically and emotionally on the white  modernity.

Therefore, in order for a political project to not lead to merely identitarian or culturalist positions, it is necessary to offer something to those social segments interested in a real transformation of the society. Out of sheer necessity and strategic intelligence we can not afford to turn our backs on alliances, but for the same reasons we can not further postpone the creation of an autonomous and strong organization with a vocation to serve a broader movement. Anti-gypsism, as a form of racism, is a structural, systemic problem that forms part of modern societies and that is solidified from the institutions of the Western Nations. Therefore, the anti-gypsism is not an interpersonal problem related to certain prejudices or stereotypes that the majority society is harbouring about the Roma difference. There are prejudices, stereotypes we do not deny them, but these are only psycho social symptoms of state racism that uses different markers to put into action what Ramon Grosfoguel, based on the Fanonian philosophy of the Caribbean, calls “a hierarchy global superiority and inferiority on the line of the human”.

Racism is an organizing principle of the materiality of oppression in the modern world and it is impossible to destroy it if the civilizing project in which it emerges is not strongly questioned. Every truly decolonial critique is based on a fundamental premise: it is impossible to destroy one of the heads without attacking the heart of the monster. It is here that all the warnings of liberal Western consciousness are generated, this is where the accusations of rigor are produced: “anti-modern”, “essentialist”, “dangerous”; It is here that the true matrix of racism is questioned, where moral anti-racism fades. It is here that Houria Bouteldja calls “political anti-racism” can emerge. If racism is a political problem that determines in a structural way which is the materiality of domination in the societies of modernity, the struggle to be undertaken against it must be political.

Although, according to the liberal opinion, the long stay of the Kalè in the Spanish territory, which officially reaches from 1425 to the present, had to guarantee the inclusion of the demands of our communities, the reality is far from representing such naive ideal. The long Spanish anti-Romani tradition of persecution, systematic oppression, attempts at genocide and epistemicide has materialized in the implementation of 250 laws during 479 long years initiated in 1499 and apparently closed in 1978. This history has been invisibilized by the racist state and its institutions, which represents only a link between the pathological oblivion of Spanish domestic racism and the neurotic negation of its colonial legacy in the so-called Global South. The absence of reparation policies aimed at resolving the severe damage inflicted for centuries, coupled with the current expressions of state structural racism such as violence and police harassment, school segregation, social control and discipline through the so-called “community agents”, labor discrimination or the violent conformation of the racialized ghetto, the over-representation of Roma in the Spanish prisons made the Roma community of our territories a radically subalternized population based on the racial paradigm of the modern colonial power.

What could have been

In the 1970s, notable figures emerging from the incipient Roma movement of the Spanish state managed to introduce: the introduction of anti-gypsy racism in the Spanish public agenda from a Roma perspective. Artists and activists articulated their voices in a coherent way based on the demands of justice, dignity, freedom, civil rights and towards the end of racism. Although the germ of the mobilization was sown, we must recognize that its final germination has remained in a state of lethargy for more than 30 years. The 78 regime placed the Kali population in the most vulnerable situation compared to the collective rights granted to other nations of the Spanish State.

On the other hand, in the existing social movements, we find that anti-gypsy racism has not been taken into account, even in the context of its vertiginous increase throughout Europe. In this political space where all the ties of union of the different social struggles began to be constructed – the form of racism that the Roma people resisted for centuries did not occupy any place in the public agendas of the lefties, despite being the biggest racialized human community of the Spanish State. On the contrary, from the lefties to the right wing parties, everything that has to do with the so-called “gypsy question” has been confined to an anti-political spectrum of folklore and culturalism perpetuating the political and mental colonization to which our communities are subjected to. That is why we consider that no Spanish political party, has succeeded in overcoming the modern anti-gypsy logic and therefore conceiving, understanding, supporting or developing Roma emancipation in Spain.

Concerning racism, the weak strategy of the Spanish left-wing – when it exists – is to develop, consolidate and solidify the idea that decolonizing their organizations consists in slightly “coloring” their militancy with the intermittent presence of racialized faces. Conquering spaces of power for the Roma populations or other racialized communities, when in fact they are working to reach the priorities of the white political agenda and justify its model. In fact, this process, described on countless occasions, provokes the birth of a political culture of containment for any critical movement that advocates for emancipation and Roma self-organization. Therefore, as Frantz Fanon lucidly explains, no matter how many white shells you use to hide your being, the system of ethnic domination always places you within the same system.

These experiences show a profound inability to understand the role of racism and its interaction with social class, which ends up having direct consequences for the Roma political aspirations, and unfortunately we are still observed in the current left. Even at the risk of being overly categorical, we can affirm that there are no political initiatives in the Spanish state capable of overcoming the moral paradigm and articulating political anti-racism in all its dimensions.

It is in this climate that Kale Amenge is born. Kale Amenge is defined as an independent Roma organization which, from a decolonial perspective, aims to contribute to the collective emancipation of the Roma people. Through the production of critical knowledge and the confrontation of narratives and racist practices, the incipient organization will make its contribution to put in crisis the mechanisms of racist structural domination that underpin the discrimination of our people.

Our desire to be integrated into modernity, inoculated by what José Heredia Moreno calls “subsystems of legitimation of the anti-gypsy domination system” represents the greatest impediment to political links with other pedigrees of resistance and other struggle built from below the line of the human. We urgently need to interrogate our political references acquired within our societies, to question the identities and rhetoric of liberation through which we not only struggle but through which we define ourselves. And this implies looking for horizontal alliances, to stop thinking about the target, to acquire other paradigms. Look at the genealogy with other eyes. The main objective is to focus on our condition as racialized subjectivities.

For all this, it is the will of this group to build bridges of solidarity with other peoples who, like the Roma, are immersed in the struggle for their emancipation, thus contributing to the construction of spaces for antiracist dialogue towards the articulation of a decolonized society. Our situation on the European continent, as a racialized nation without a state, places us in the zone of not being with the postcolonial subjects of the diaspora in the Global North. Despite not belonging to any physical colony, we have been transformed into a racialized inner point within the continent from the beginnings of what Enrique Dussel calls “early modernity”: the sixteenth century. The relationship of the organization with different movements originated to develop a frontal fight against racism will function as a political link of the kaló movement with other organizations and anti-racist groups led by racialized communities that will lead to a state alliance against institutional racism.

Kale Amenge is an organization formed by Roma people with an interdisciplinary formation and a trajectory of militancy and activism in different social movements. All this means that one of the fundamental intentions of the organization is the creation of a new Romano activism, supporting fraternally its current representatives, without generating bankruptcies within the Roma associations. We, Roma people need to develop new narratives articulated from a critical anti-racist perspective that will put the underdeveloped state of the Roma cause on the political spectrum.