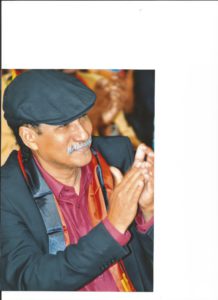 In these 19 years of the Bolivarian process, Afro-Descendant Venezuelans have been dignified in an unprecedented way in Venezuelan history.

The process of social transformation with which Venezuela has experimented in the past 18 years has not only been an economical, but also a political process, where president Chavez played an essential ideological role as the leader of this humane option, of solidarity and participation.

The Afro-Descendant communities of Venezuela have benefitted in ways never before seen under previous socio-political processes. Before, the land of Afro communities was in the hands of latifundistas and agrarian bourgeoisie. One the worst cases of discrimination was reflected in the Farriar municipality, where Cuban supporters of Batista, with the help of the [pre-Chavez] government, dispossessed thousands of hectares of ancestral land, including Cañizos, Palo Quemao, Farriar, Palmarejo, and El Chino. Numerous witnesses tell of how the Batista supporters hired armed bands to assault community inhabitants at night, threatening them and burning their cane crops. This lead to persecutions, and a youth was murdered when people protested these events.

When Chavez arrived, on an episode of “Alo, President” filmed in Palmarejo (January 2004), he declared himself Afro-descendant, and handed over 11 thousand hectares along with agriculture credits. He decreed the land communal property of the Afro-Descendants of Yaracuy. In other words, the sacrocracia (owners of the cane growers) were expropriated in defense of the defenseless.

Additionally, in the subregion of Barlovento, thousands of hectares were in the hands of the cacaocracia (cacao plantation owners) who had turned our grandfathers and grandmothers’ into hunchbacks from bending over to sow the riches of the hacienda owners. They would pay them a hundred times less what each basket of cacao was worth. Today in Barlovento we are experimenting with the socialist cacao companies and the chocolate manufacturers to work with cacao derivatives. And the six autonomous municipalities of Barlovento have voted in favor of the Bolivarian hope. In the Southern area of Maracaibo Lake (Bobures, Gibaltar, El Batey, and San Jose de Hera) people placed their faith in substantial change, in the hopes of eradicating the latifundio of the cane fields owned by the Brillemburg.

This is why it doesn’t occur to us to join the guarimbas (street barricades) like they are doing in Altamira or in upper-class areas of Caracas and some inland cities. The Afro-Descendants of this country have achieved a dignity without precedent in Venezuelan history.

The Gods Are with Peace and Dignity

We used the internet to make some inquiries about the climate of destabilization in our country. The Revolutionary Afro-Descendant Youth (JARAV) directed by Freddy “Pollito” Blanco, has been strongly against the “commotion” fomented by the bourgeoisie to return to power: “We have already publicly shared our position about  the racist and fascist uprising. We have participated actively in the manifestations in Barlovento and those convoked on a national level, especially by the Youth Ministry.”

The pastor of the evangelist church La Voz de Dios, of San Jose de Barlovento expressed to us via internet: “God wants peace, he does not want more violence generated by an anarchic sector of our society. It is necessary to consolidate the advances in our Barlovento that Chavez left us with. The evangelists are people of peace… we ask that violent people control themselves, as they will find it difficult to find peace in their souls in the face of the damage they are inflicting upon the country.”

From Yaracuy, Williams Sequera and Gustavo Suarez said that the “havoc caused by a sector of the opposition is causing them to close themselves in…We ask them to come to consult with us on the mountain of María Lionza to withdraw the racist, terrifying, imperialist spirits from them.”

José Chucho Garcia is an educator and founder of the “Miguel Acosta Saigne” Center for Afroamerican Studies at the Universidad Cental de Venezuela (UCV). He is also the editor of the magazine AFRICAMERICA and the author of several books.