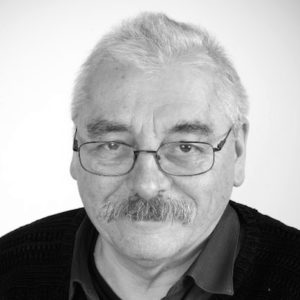 I am Dr Francisco Dominguez, National Secretary of the Venezuela Solidarity Campaign and also Head of the Latin American Studies Research Group at Middlesex University.

Below is a sketchy presentation of the Venezuela Solidarity Campaign (VSC), a UK-based organization of which I am the National Secretary.

The Venezuela Solidarity Campaign was established in May 2005 in order to develop a broad based solidarity movement with the central aim of defending Venezuela’s right to self-determination and her national sovereignty, which is constantly threatened by the United States and its allies. The statement below, which is on our website, sums this up: The Venezuela Solidarity Campaign brings together a wide range of people and organisations who are against external intervention and support self-determination for Venezuela and the nations of Latin America more broadly. Within this broad coalition, people have a wide range of views with regards to political developments within the country itself. Articles on this website represent the view of the author only, unless otherwise stated.

The VSC has a democratic structure with a 30-strong Executive Committee (EC) that is elected at the VSC’s Annual General Meeting by its membership. Among the EC there are national leaders of the most important trade unions, journalists, activists for the Caribbean, lawyers, student activists, and many others. About 20 of the largest trade unions in the UK are affiliated to VSC, among which there are UNITE, UNISON, GMB, CWU, etc.

In fact, the 2017 AGM will take place on October 7th this year: http://www.venezuelasolidarity.co.uk/vsc-agm-2017-registration/.

The VSC also seeks to tell the truth about Venezuelan developments and events primarily to drum up support for that nation’s national sovereignty and self-determination. It is also countering the intense media demonization the Bolivarian government is subjected to by informing about the myriad dimensions of social progress that has been taking place since the onset of the Bolivarian process with the coming to office of Hugo Chavez Frías in 1999.

VSC produces briefings about Venezuela. Key VSC activists write informed articles about Venezuela developments and make regular appearances on TV (https://www.youtube.com/watch?v=bQx1C_5MgjA) and Radio (https://store.counterpunch.org/dr-francisco-dominguez-episode-92/). VSC publishes statements signed by the great and the good in support of Venezuela in the mainstream press. VSC activists regularly travel up and down the UK to speak at public meetings. It hold shows of videos relevant to Venezuelan contemporary reality.

VSC plays a key role in the organization of the national conference of solidarity Latin America 2017 Adelante! which is normally held in Congress House at the British TUC’s HQ in London. This event normally attracts over 600 activists and deals with issues related to all the Latin American nations. Latin America Adelante! has become the biggest solidarity event with Latin America in Europe: https://latinamericaconference.wordpress.com.

To spread the message VSC uses its own website (http://www.venezuelasolidarity.co.uk/), Facebook and Twitter (VSC (@VenSolidarity), video talks and other means. Below, I include a small sample of the kind of material VSC has produced in order to fulfil its commitments.

And, finally a key recent briefing on the National Constituent Assembly (http://www.venezuelasolidarity.co.uk/q-a-the-national-constituent-assembly-in-venezuela/).

And this on Cuba, We will keep faith with your legacy, Comandante Fidel Castro! (https://www.opendemocracy.net/democraciaabierta/francisco-dominguez/we-will-keep-faith-with-your-legacy-comandante-fidel-castro-0).

We think it is very important to tell the truth about Venezuela in English and we believe that it would be fruitful to collaborate and, where possible and appropriate, jointly circulate and distribute specific articles, briefings and other material that can help towards this objective in the English-speaking world. In this regard, collaboration with friends in the Caribbean is indeed important.

Finally, people may be interested in the more academic material that as an academic I have published in the recent period.

There is, of course, much more, but the above will give an idea of the kind of organization we are. If you were to need any further information, please do let us know